In my rough times, she was the one who supported: Harmanpreet Kaur on Jhulan Goswami 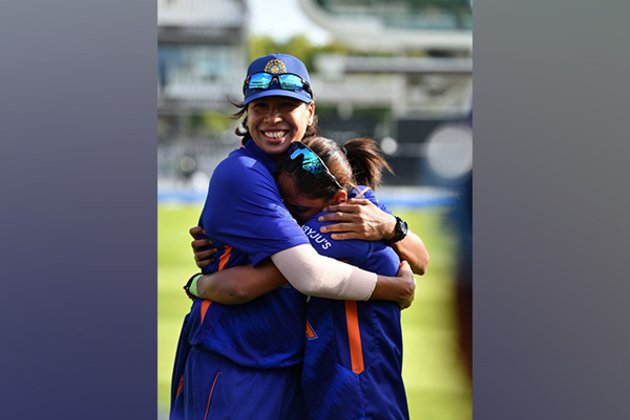 However, Skipper Harmanpreet Kaur said that even in her rough time ace pacer was the one who always supported her.

Renuka Singh's four wickets haul and an all-round effort from Women in Blue helped India give Jhulan Goswami a series-winning farewell 3-0 as they bundled out hosts for 153 in the third ODI against England at Lord's ground on Saturday.

"When I debuted, she was the leader, in my best times, many were supporting me, but even in my rough times, she was the one who supported me. She is just a call away. I wanted to thank her and tell her she is always with us. She is a go-to person, I always called her at low times and she was someone always guiding me," Harmanpreet Kaur said in a post-match presentation.

"This wicket was not easy to bat on, our batters did a decent job. We were looking for 170 after losing four wickets. After that, we knew we have the pace attack and spin attack to take the wickets. We never thought we were out of the game," said Harmanpreet.

The highlight of the match, however, was when Jhulan Goswami received a guard of honour from the players as she walked out to bat final time in international cricket. Jhulan bagged two wickets in her last outing. She ended her career on 355 international wickets.

India legend Jhulan decided to hang her boots after the ODI series against England at the iconic Lord's. The storied career that began against England in Chennai comes to an end against the same opposition in London. She is the only player in women's cricket to have breached the 250-wicket mark.

Jhulan bagged two wickets in her last outing. She ended her career on 355 international wickets. (ANI)

TOKYO, Japan: Japanese prosecutors raided the headquarters of advertising company Dentsu, as part of a widening investigation into corruption during ...

NEW YORK, New York - Concern about the spreading of Covid-19 across China kept investors on edge Monday, with all ...

LONDON, England: The UK National Crime Agency has obtained a civil recovery order for some $65 million of suspected criminal ...

Stocks markets across Asia Pacific rattled by protests in China

WASHINGTON D.C.: The U.S. is banning the importation of all communications equipment made by Chinese companies Huawei and ZTE, citing ...