TiECON 2022 - The Flagship Event of TiE Ahmedabad witnesses insightful discussions and talks by a Galaxy of Leaders, Entrepreneurs, and Investors 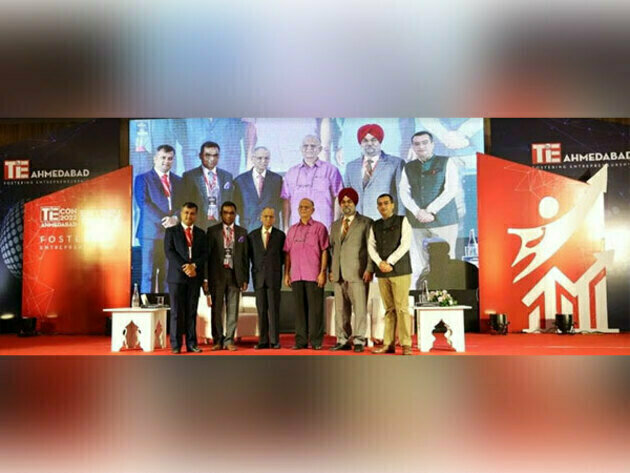 Speaking at the opening session of TiECON 2022, NR Narayan Murthy, who is credited with democratising wealth by distributing around 19 per cent of Infosys' equity, which at today's price would amount to Rs 1,20,000 crore, told entrepreneurs and startups that they live in an era when the power of entrepreneurship is being recognised.

Comparing yourself with the best in the world may be difficult but is a key attribute to building a successful company, Jatin Trivedi, President of TiE Ahmedabad, said that Gujarat has been judged as the best state in startup rankings for the third consecutive time alongside Karnataka and Meghalaya.

"It is exciting to bring TiECON 2022 to Ahmedabad at a time when Gujarat is shining in the startup ecosystem," he said, urging entrepreneurs and startups to treat any loss as a learning curve.

Organised on the theme of Entre'thon, the two-day TiECON 2022 brought together corporate leaders, entrepreneurs, academicians, investors and startups. It provided startups with a great opportunity to pitch their business model before marquee investors such as Venture Catalysts, Nexus Ventures, Unicorn India Ventures, Blume VC, and 100x.VC.

A number of panel discussions and talks on entrepreneurship in Gujarat, India's startup story, startup funding, building new-age enterprises, and other insightful topics were also organised as a part of TiECON 2022.

In his address, Murali Bukkapatnam, Vice Chair, TiE, said, "The opportunities for entrepreneurs and startups are numerous and expressed confidence that India will play a big role in shaping the innovation of the global economy at an unimaginable scale. He also urged entrepreneurs to build their entrepreneurial journey such that they do not have to depend on anyone for funding."

An MoU was also signed between Venture Catalysts and TiE Ahmedabad on the occasion in the presence of BJ Arun, Chair, TiE Global Board.