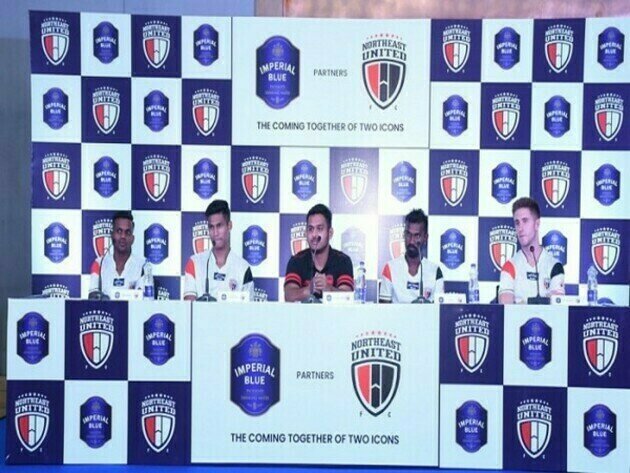 Guwahati (Assam) [India], September 28 (ANI/BusinessWire India): Seagram's Imperial Blue, one of the most iconic brands in the industry, continues to reinforce its support for NorthEast United Football Club (NEUFC) as the exclusive partnership enters its second year.

In a press conference held on 27th September on Guwahati, Imperial Blue and NEUFC players celebrated the success of this association and underscored the mutual admiration for Northeast's love for the game of football.

Seagram's Imperial Blue's sustained support to the passion points of the youth across the country and NEUFC's success in the game presents an opportunity for both the brands to strengthen its with connect young India. The club, owned by John Abraham, is based out of Guwahati, Assam and will be competing in the upcoming Indian Super League'22.

Commenting on the same, Ishwindar Singh, General Manager - Marketing, Pernod Ricard India said, "This is the second year of Imperial Blue's successful association with NEUFC - a testimony to the brand's belief in celebrating our consumer's passions and being a partner in their moments of conviviality. This led to the discovery of "Boliya", which in the local tongue means "going crazy or mania". Footboliya as a campaign captures this fervor for Football and the local culture in one go. The association binds the region together, instilling strong local pride, as they root for their beloved team and witness it making a mark on the national stage. With matches scheduled in the NEUFC home stadium this year, for the first time after the pandemic, we are ecstatic to be able to connect with our audience at an even more personal level. We eagerly look forward to an amazing season of Hero Indian Super League for NEUFC and wish all the luck to the team for the upcoming season."

Commenting on the association Priya Runchal, CEO of NorthEast United Football Club said "We are delighted to step into the second year of our collaboration with a dynamic brand like Seagram's Imperial Blue. Hero Indian Super League is one of India's largest sporting leagues, and football is deeply ingrained in the people's hearts in the Northeast region. Imperial Blue has always established a deep bond with consumers and been a partner in their moments of conviviality, quite like NEUFC. This successful association, that will further cement the brand's affinity with the football fans in the region, is a testament to that."