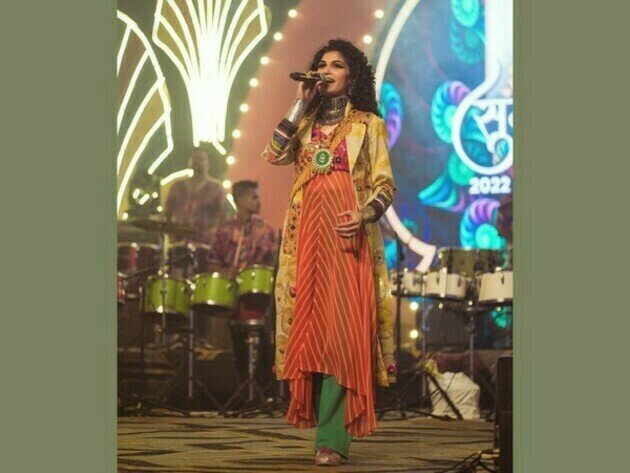 Surat (Gujarat) [India], September 29 (ANI/PNN): Gujarat's love for garba runs so deep that they have become synonymous with each other. What better way to celebrate the festival with someone who is not just a popular singer, but also a youth icon? Playback singer and independent artiste Purva Mantri is in Surat to perform at the Diamond City's largest Navratri event at Thakurji ni Wadi.

Besides the fact that she is in the city for the vibrant dance festival, what has Purva excited is a chance to take a walk down memory lane.

"Surat is like a second home to me," says Purva, who lived in Surat when she was studying at Nand Niketan School in Hazira, for a few years.

"I am extremely happy to be in Surat. It feels like returning home, being part of a large family celebration. I am not exaggerating when I say I am having a whale of a time, and I am sure everyone else too is. There is something mesmerising about Navratri here. Dance is in the air!" she says.

Purva's musical career is dotted with several achievements. She has sung popular songs like Kala Shah Kala; Raanjhan Ve; Yaara Ve; Dilruba, Channa Ve, Banke Patola, The Papa Song and many others. She has released her own songs as well. She has recently collaborated with legendry music director Sajid Wajid in their song DJ BEEN BAJADE . Which is already being trending. She has already signed up for big upcoming movies.

Purva has been one of the celebrity artist from the popular TV Show INDIAN PRO MUSIC LEAGUE on ZEE TV. Representing the reality star for Mumbai Warrior's under the Captaincy of Kailash Kher, Shilpa Rao and others.

She is one of the finest & Energetic performer in the Country and her fans call her 'THE SHAHKALA GIRL'. Recently in August 2022 She has been awarded "The BEST SINGER & PERFORMER" by WOW AWARDS .She has shared the stage with legendry singers like Bappi Lahiri, Sonu Nigam, Vishal-Shekhar, Rahat Fateh Ali Khan, Meet Bros and others. At Indian Pro Music League (Zee TV) her performances have been very popular & famous.