It's just a matter of time: Harmanpreet backs Shafali to turn her form around during Asia Cup 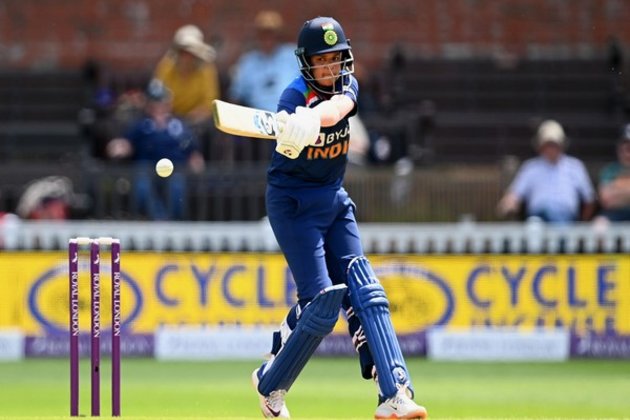 In a recently concluded England tour, Shefali was unable to score a half-century across formats; in fact, in six innings, she was dismissed on single digits run four times.

India's Asia Cup campaign begins on an opening day against Sri Lanka on Saturday. Harmanpreet's focus will now turn to the Asia Cup, which begins on Saturday in Bangladesh. Seven teams, including India, will first fight it out in a round-robin format group stage with the top four qualifying for the semi-finals. The winners from the semis will face off in the final on October 15.

Harmanpreet expects the opener to get enough matches under her belt at the Asia Cup; India could play eight games in two weeks.

"From the practice sessions we've had, I can say she is doing really well. It's part of life - sometimes you play well, sometimes you can't continue your good form. But she's looking good and it's just a matter of spending some time in the middle for her to get out of her [rough] patch. She is working hard every day. This is a platform where you can express yourself and play free cricket. We will try to give her enough match time so that she can get her confidence back," Harmanpreet said in a pre-match virtual press conference.

The squad features many new names, such as S Meghana, Dayalan Hemalatha and Kiran Navgire - all heavy run-hitters in domestic cricket and on the fringes of the national team.

"Our first target will be to give enough chances to other players who haven't got [opportunities] so far. Definitely, there are a lot of areas where we want to work on as a team, especially how we are going to use the first six overs [while batting]," Harmanpreet said.

"We will try to shuffle our middle order so that others can also get some time. In the last overs also, we have some hard hitters, so if we can give them enough chances... In our bowling, we will try different combinations. This tournament is important for us, it's a great platform where players who haven't got chances can come and perform. If they perform here, they can get a lot of confidence going into the World Cup," she added.

Team India is riding a massive wave of confidence as they recently won an ODI series 3-0 against England. The in-form batter Harmanpreet is also confident as she played a whirlwind 143 not-out knock in the second ODI in England.

"I think I have felt that responsibility right from when I started. It's something I've enjoyed. Since the time I've been full-time captain, I am enjoying it a lot. My teammates, support staff, selectors, the BCCI - everyone has been appreciative. You just need support, and the only thing left after that is performance and we are all focused on performances. We all talk only about having each other's back and needing to go out and express ourselves," the India captain said. (ANI)

WARREN, Ohio: Next month, workers at a General Motors-LG Energy battery cell manufacturing plant in Ohio will decide whether to ...