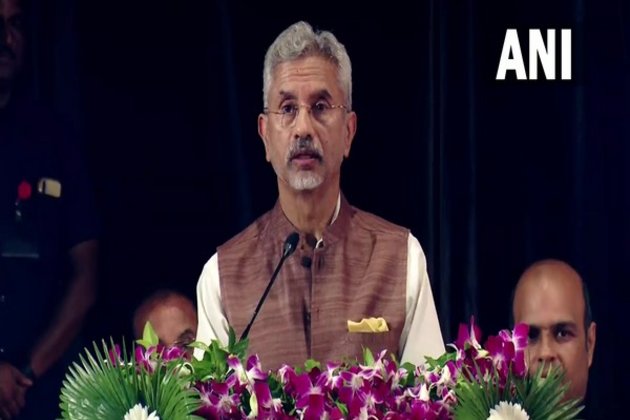 The waiver was a very crucial development for India as it aspired to scale up its vaccine production to inoculate a large population amid the COVID outbreak.

"During Covid, PM Modi asked US President not to stop the vaccine supply chain for India and the world and as a result of that, the US administration gave India an exemption in the Defence Production Act and due to that our vaccination program went smoothly," S Jaishankar said at an event in Gujarat's Vadodara where he arrived for the Navratri celebration.

In June 2021, the United States lifted an embargo which was imposed in February, under its Defence Production Act, which ensured the use of resources by India to produce doses for its population.

After the US had lifted the embargo on the raw materials required to produce the COVID-19 vaccine, Serum Institute of India (SII) CEO Adar Poonawalla had credited US President Joe Biden and External Affairs Minister S Jaishankar for the "policy change", stating that this will increase the supply of raw materials globally.

"US vaccine manufacturers, we are confident in our supply of our authorized vaccines. As a result, we're removing the DPA priority ratings for AstraZeneca, Novavax, and Sanofi," the White House had said in a statement.

He pointed out that now the world's understanding of terrorism has increased as compared to earlier times and it is not tolerating it anymore. "Countries using terrorism are under pressure and are further reluctant," Jaishankar added.

Speaking on terrorist incidents in northeast India, Jaishankar said that in recent years these activities have reduced because India could achieve a land boundary agreement with Bangladesh in 2015. That agreement "stopped extremists from getting shelter in Bangladesh which stopped their operation in northeast India," the EAM noted.

Jaishankar on Saturday also said that Prime Minister Narendra Modi did not yield to the pressure amid the soaring oil prices and advised that India must do what is best for the nation and if pressure comes then face it head on.

"Due to the Russia-Ukraine conflict petrol prices doubled. We had pressure from where to buy the oil but PM Modigovt were of the view that we've to do what is best for our nationif pressure comes then we should face it," Jaishankar said in Gujarat's Vadodara.

During the Russia-Ukraine conflict, Jaishankar said PM Modi called both Russian President Vladimir Putin and Ukrainian President Volodymyr Zelenskyy for a ceasefire for some time so that we can safely evacuate our students.

It is pertinent to note that India has been constantly calling on both Russia and Ukraine to end the war and choose dialogue and diplomacy.

Earlier in the day, Jaishankar visited Laxmi Vilas Palace in Gujarat and said that he is "privileged" to see the Raja Ravi Verma painting collection with the 52 foreign ambassadors and high commissioners.

"Pleasure to join 52 Ambassadors and High Commissioners on a visit to Laxmi Vilas Palace. Was a particular privilege to see the Raja Ravi Verma painting collection with them," Jaishankar tweeted on Saturday.

After meeting delegates and ambassadors of several countries, Jashankar said, "It is a matter of pride that we have come here with officials of different countries. As the Navratri festival is on, they will spend the day enjoying festivities. They are excited to see the development here.Jaishankar also took to Twitter and said he looks forward to participating in the celebrations tonight.

The External Affairs Minister is in Gujarat for the Navratri celebration. Today marks the sixth day of Navratri and devotees across the country will worship Goddess Katyayani, the sixth incarnation of Maa Durga. (ANI)