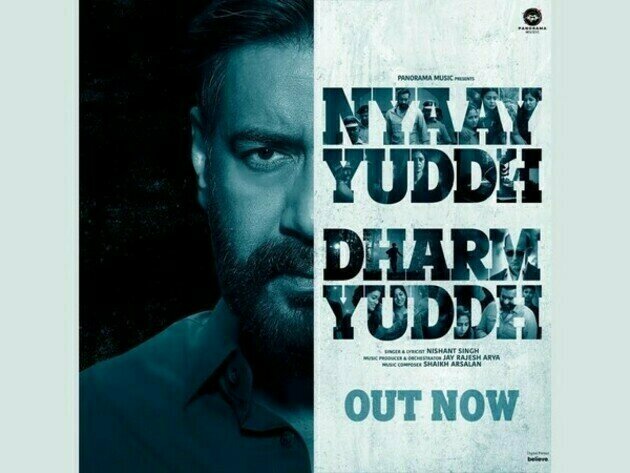 New Delhi [India], December 7 (ANI/PNN): It seldom happens that a film inspires an actor to write a song around the film. This is what happened with actor Nishant Kumar Singh who plays Vijay Salgaonkar's neighbour in the film. While shooting the film, Nishant got this idea of writing a Hip Hop song around the film. The song "Nyaay Yuddh Dharm Yuddh" was recorded recently and has been released as a single with the film's visuals.

Released on Panorama Music, The song has been written and sung by Nishant himself, the track has been produced and orchestrated by Jay Rajesh Arya.

"Nyay Yuddh Dram Yuddh" is a song that will pay tribute to the entire cast and crew of Drishyam 2. The song is going to be an ode to the energies that collectively worked hard to bring out a film that has become the talk of the town with its immense success.

When asked about his thoughts behind creating this song, Nishant said, " During the shoot, when Ajay sir was walking towards me for the first time, all of his films started flashing in front of my eyes. Ajay Sir's dialogues in the film which were played through audio cassettes were relentlessly repeating in my ears, and that's where the idea of making this rap song came into my mind and "Nyaay Yuddh Dharm Yuddh" song was created".