MacPoint, The Best MacBook Repair Service Center in Kerala is on a mission to help Apple fans to convert their trash in to treasure 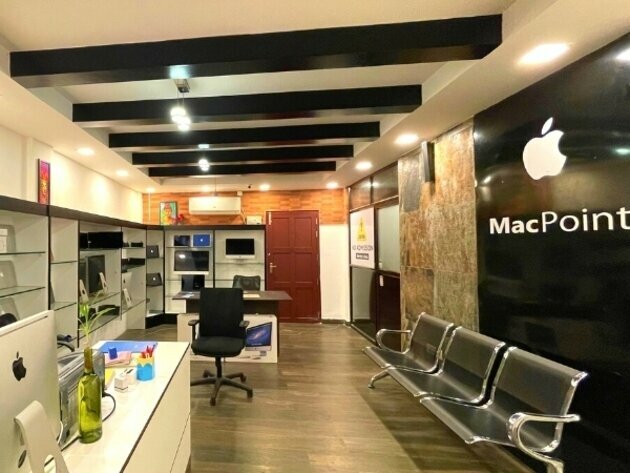 New Delhi [India], December 8 (ANI/SRV): MacPoint, one of the best Apple service centres in Kerala, is on a mission to reduce e-waste and global warming through its eco-friendly repairing services.

At this best MacBook service centre in Kerala, customers can bring their old Apple devices and get them repaired at an affordable price.

According to a UN report, electronic waste (e-waste) is the fastest-growing form of domestic waste globally. In fact, in 2019 alone, around 50 million metric tonnes of e-waste were produced of which only 20 per cent was recycled.

Apple, being one of the most valuable tech giants in the world, contributes largely to this global e-waste production. In view of this, Apple has become the company with one of the most aggressive environmental agendas. It aims to emerge as carbon neutral by 2030.

Rahul, Founder of MacPoint, the best MacBook service centre, ia a Apple fanboy himself and wants to contribute to Apple's mission through his venture MacPoint.

MacPoint is the brainchild of Rahul, a tech enthusiast and an Apple Repair Expert. Talking about his venture, Rahul said, "Apple has taken several steps towards attaining e-waste management and environmental sustainability by removing removing charger from the new iPhones.

Here at MacPoint service centre, we aiming to help Apple in reducing global e-waste. When a customer approaches us with a MacBook motherboard issue, we don't out-rightly change the entire motherboard like the official Apple Service Center.

Here in MacPoint, we are well-equipped with Ultimate diagnostics tools, and detecting the specific damaged component. We simply replace the single component instead of replacing the entire motherboard. This way we help Apple to reduce the e-waste production."

"Old generation Apple fans just brings their decades of old dead devices to our service centre. We detect the damaged component and replace the exact chip and giving a new life back to those Apple devices. Many of our customers utilized our services and donated those devices to the charity. We help communities those who do not have financial capability to buy brand-new Apple devices.

This way, we are focused on cutting down on the e-waste production and contributing towards building a sustainable society. We're on a mission to handshake with Apple's green environment by fixing damaged MacBooks. By repairing Apple devices at a minimal price we help Apple fans to convert their Trash in to Treasure." added Rahul.

The Apple-certified engineers at MacPoint can detect and repair every big and small issue with your Apple device in less than 60 minutes. They have some of the most advanced tools that guarantee the quality of MacBook repair services. Moreover, MacPoint ensures 100 per cent data privacy and reliability.

As the number of Apple users in India is bound to witness significant growth in the upcoming times, MacPoint is all set to provide affordable Apple repair services to Indian users.